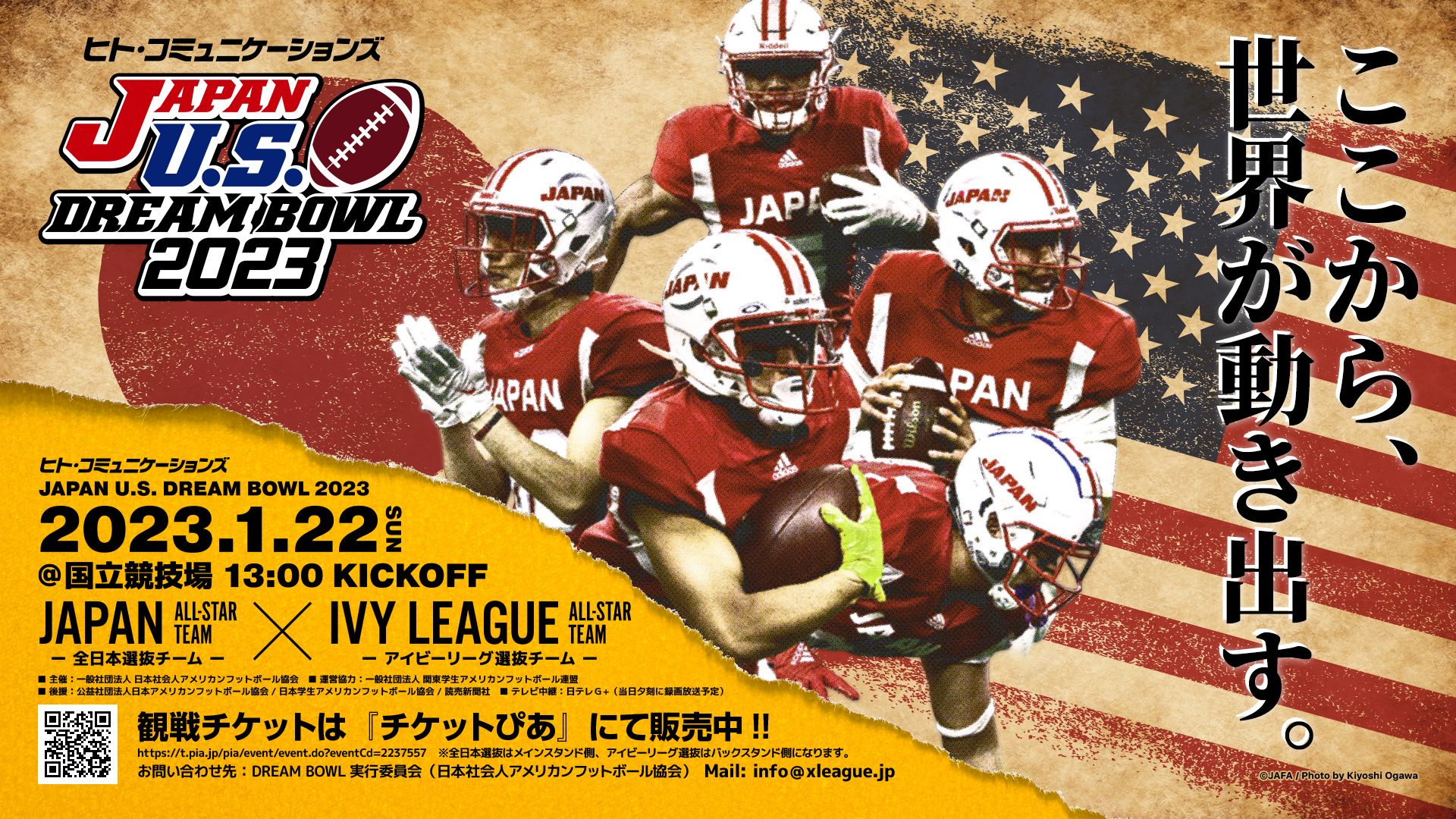 Japan has recently been the center of international sports competitions, hosting the Rugby World Cup, the 2020 Olympics, and friendly matches like the NBA Japan Games and Paris Saint-Germain Japan Tour. Considering the economic effects of COVID and the lack of tourism, hosting sports events provides a unique business opportunity to utilize the newly developed infrastructure and boost Japan’s economy.

Introduced in Japan in 1934, American football has a long, storied history in Japan. With over 400 teams nationally in the youth, college, and semi-pro levels, Japan is considered the highest level of football outside of North America. The Ivy League, known as modern American football’s birthplace, played eight Ivy Bowls in Japan during the 1990s. On Sunday, January 22nd, the National Football Association continues this tradition by hosting the Dream Bowl, featuring the Japan All-Star team vs. the US Ivy League All-Star team at the new Japan National Stadium.

Only a limited amount tickets are available, so seats are first come, first served.

You can purchase tickets on the Peatix link below: