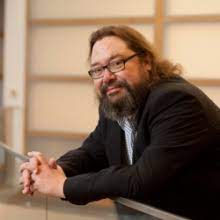 Ted Bestor was a leader in Anthropology and Asian Studies. He is widely known for his scholarship on Japanese urban life, markets, and food culture, especially for his award-winning books, Neighborhood Tokyo (1989) and Tsukiji: The Fish Market at the Center of the World (2004). He served as President of the Society for Urban Anthropology from 1994 to 1996, as founding president of the Society for East Asian Anthropology from 2001 to 2003, and as President of the Association for Asian Studies from 2012 to 2013. Before joining the Harvard faculty, he taught at Columbia University from 1986 to 1993 and at Cornell University from 1993 to 2001.

Ted was a teacher, mentor, colleague, and friend to many of us in Harvard Anthropology. We mark his passing with sadness and sympathy.